Livvi’s Place Playground in Whiteman Edge in Brabham is a unique $1.5 million all-inclusive playground which is a result of a partnership between Stockland and the Touched By Olivia Foundation.

The playground is the first Livvi’s Place in Western Australia and has been created through the collaboration and creativity of hundreds of local school children. The play equipment has been designed specifically to cater for autism spectrum disorders, physical, visual, hearing and mobility impairments.

Livvi’s Place playground is spread out over a pretty large area and is fully fenced.

The centrepiece of the playground is a huge slide accessed via a large rope bridge or climbing net catering for the older kids.

The other end of the structure is aimed at younger kids with a smaller slide and lower climbing nets.

A big hit with my kids was the double flying fox. One side is the traditional pole structure, which can be sat or stood on, and the other features a bucket seat which kids can be strapped into.

There is an all-inclusive roundabout that can be used with wheelchairs.

There are two sand-based areas situated at opposite ends of the playground. One features a set of swings and a tripod swing.

And a sand table. The area is partially covered by shade sails.

The second sand based area is aimed at toddlers. Again it is partially covered by shade sails and has a cubby house, sand table and sand diggers.

Adjacent is a soft fall area consisting of rockers and a low-level baby swing.

In the centre of Livvi’s Place Playground is an area features sensory play equipment with a focus on sound and touch.

A feature of the park is a huge tree located in a raised area but you don’t need to be boring and use the steps to get up there – you can climb the rope net and then use one of the slides to get back down again.

At the edge of the playground, you’ll find picnic shelters and gas BBQs. There is a large grassy area perfect for kicking a ball around on and a toilet block.

Livvi’s Place Playground is a fantastic playground which is going to be a big hit with children of all ages and abilities. The only downside at the moment is that until the trees mature there is not a great deal of shade over the playground.

Jennie McNichol is the co-founder of Buggybuddys. She moved to Perth in 2010 after 11 years of living in London, working in television for the BBC. She is the mother of two daughters aged 10 and 8 and loves the family friendly lifestyle that Perth has to offer.

Jennie McNichol is the co-founder of Buggybuddys. She moved to Perth in 2010 after 11 years of living in London, working in television for the BBC. She is the mother of two daughters aged 10 and 8 and loves the family-friendly lifestyle that Perth has to offer.

..MORE IDEAS ON WHAT’S ON IN PERTH

Sorry, no records were found. Please adjust your search criteria and try again. 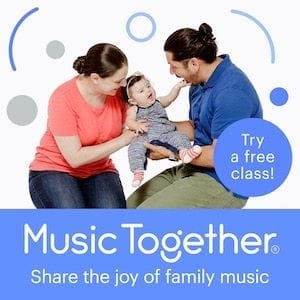