Why a girls’ school from day one?

Parents often face conflicting advice when deciding whether to send their child to a single-sex or co-educational school in the early years. There remains a widely-held belief that single-sex schooling is better for girls and that co-education is better for boys – but, realistically, every child’s needs are different.

At Penrhos, we advocate for an all girls’ education from the earliest age, for a wide array of reasons. Read on to hear what mother Carole Adams and Kaelan Adams in Year 6 think.

“In searching for a school for my daughter Kaelan, I worked with a long wish list,” says Carole.

Kaelan started her education in a co-ed environment at a local state primary school with a very good reputation; however, I continued to review her progress and I constantly researched options to make sure I’d made the best decision.

As part of my research, I spoke to a neighbour with boy/girl twins, who had moved them both from co-ed into single sex learning environments when they moved up into Secondary School. My neighbour’s decision was made on the basis that her son was in the shadow of her much more outgoing daughter in their shared environment and she wanted to give them both the chance to shine separately.

My neighbour’s son, came out of his shell socially at school as he grew older and more confident, once separated from his twin sister.  However, an additional and unforeseen benefit was that their daughter also excelled academically in her new environment and went on to become Dux. She wouldn’t have done as well if she had continued in a co-ed environment – she was starting to imagine it was un-cool for girls to be smart – this kind of perspective quickly became irrelevant in a single sex environment.

My neighbour also felt the smaller class sizes in private school really helped her daughter. While her twins were in a co-ed public school, their education was compromised because the teacher had to spread her time too thinly across a large class, in which there were some disruptive students.

In the Early Learning Centre at Penrhos, we ensure our students receive personalised learning by fixing our class sizes at around 20 per cent smaller than those of our local public schools.

When Kaelan moved to Penrhos, I experienced a change in my daughter that was amazing – she quickly began to excel and flourished from Year 1 onwards.

Although a number of my friends had expressed their opinion that Kaelan was very bright, I didn’t really know what to look out for and no one from the state school identified her strengths or said anything to me about her capabilities.

As soon as she started at Penrhos, Kaelan’s reading quickly progressed from level 5 to beyond level 30. Staff and parents asked me whether she was receiving extra tuition as she was so advanced; Maths quickly became her strength and her teacher was soon providing different books and extra equations to challenge Kaelan further in class.

The Penrhos teaching staff assessed my daughter to a tee; they identified her strengths and areas for development straight away and summarised her character immediately. I was blown away by how well they understood my child and her learning needs in such a short space of time.

Penrhos College is committed to the benefits of a single-sex education, through which girls are encouraged and inspired to achieve their personal best in the classroom, when performing on stage or competing on the sporting field from the early years.

I really couldn’t have anticipated what Kaelan might show interest in or become passionate about, so drama was a huge surprise. I know Penrhos always makes a point of highlighting the Rixon Theatre, but at the point of choosing a school I was only focusing on the academic side. Now I am absolutely convinced of the value of a learning culture that stretches beyond that. Kaelan loves assembly performances, Artsfest and Dramafest – performing has helped her to develop in so many ways. Not only did she have the confidence to put herself forward for a Year 6 leadership role as Junior School Sports Captain, but this extra responsibility then really helped prepare her for the transition into Secondary School.

All-girls schools provide an environment that fosters more than just academic achievement, their focus is on long-lasting skills, motivation and life success — from deeper involvement in leadership roles and a stronger sense of self-worth, to paths that lead girls onto higher education and careers in the science and technology (STEM) industries. Alliance of Girls’ Schools Australasia (AGSA).

The AGSA claims that girls’ attention spans are better in a single-sex environment – they demonstrate longer concentration and become more productive in a calmer learning environment.

Girls also benefit from single-sex environments where there are no expectations that they should fulfil traditional gender stereotypes in the subjects they study, the activities they participate in or the careers they pursue. Notably, Penrhos became the first private girls’ school in Western Australia to introduce trousers as an option to the school uniform from Year 4, in response to student petition.

“The curriculum for the early years promotes a sense of identity and well-being, allowing the development of confident and involved learners, which is all achieved at a greater standard in an all-girl learning environment from the start”, says Principal Meg Melville. 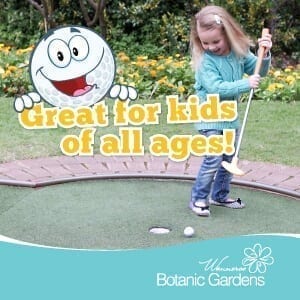